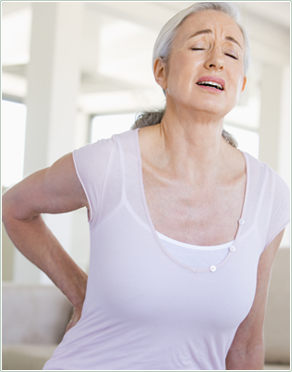 Numerous studies have shown that chiropractic can be an effective treatment for lumbar spinal pain. A new study describes the previously reported benefits of chiropractic:

“Giles and Muller compared the outcomes of acupuncture, medication, and spinal manipulation on spinal pain syndromes. Only spinal manipulation led to significant improvement. One report states that 73% of the patients who sought pain relief treatment from both a rheumatologist and an alternative form of medicine found chiropractic care to be helpful. It may be reasonably concluded that chiropractic care is a successful treatment for lower back pain.”

No previous study, however, has examined the effectiveness of chiropractic for back pain symptoms in patients with osteoarthritis. This current report set out to do just that, by comparing chiropractic treatment to moist heat treatment. Previous studies have shown that application of heat to the affected area is an effective self-management tool for arthritis symptoms.

The authors of this study recruited 252 patients with osteoarthritis of the lumbar spine; subjects were excluded if they were currently receiving chiropractic care, physical therapy, or were using anti-inflammatory medications.

The patients were divided into two groups: the treatment group received 20 chiropractic treatments with 15 minutes of moist heat; the control group received only the moist heat treatments. The subjects were evaluated at 1, 5, 10, 15, and 20 weeks for pain levels, activities of daily living , and range of motion.

The study found significant improvements in the patients who were given the chiropractic/moist heat treatments, as illustrated by the following graph that shows average extension of the spine measured at each evaluation point:

Here is a summary of the other findings: